This week a groundbreaking study from Spain confirms what I have known for a while and formed the basis of the plan in my book. There are various studies as to why we get Alzheimer’s including a virus and bacteria. They could both be correct but this week the study confirmed that there is fungus and inflammation in the brains only of those with Alzheimer’s and not in anyone else. Fungus, bacteria and virus can all coexist and usually do for the same reasons.

The good news is the various reasons and causes can all be solved with the same plan whether you’re trying to prevent or reverse the condition.

Plaque is NOT the cause of Alzheimer’s – This has been proven by the fact that just as many people have brain plaque and do not develop Alzheimer’s. So after spending billions looking for a drug (you will know that Aricept does not make any difference to early onset Alzheimer’s and it is just another scam by the drug companies) we now know it is a matter of cleaning up the diet and supporting your immune system to deal with these infections.

P.S. Just to remind you: “8/7/2004 – A new independent study, conducted at the University of Birmingham, UK, reveals that a popular prescription drug for Alzheimer’s disease, Aricept, offers no real benefit to Alzheimer’s patients compared to a placebo. And yet, the drug has been approved and heavily marketed based on findings from the drug”.

Various studies are clear that infection is at the root of Alzheimer’s and as these are independent non-profit making results we can believe them rather than the Pharma and charity businesses who all have a financial interest in chasing a patented drug. These new studies are all from reputable sources who will not make any money from them.

Asking so-called ‘expert’ opinion on this new exciting research from charities, doctors or medical authorities that have their finances linked to their own research is like asking turkeys to vote for Christmas. This new research opens the way for immediate low cost treatment and puts the patented medical research gravy train out of this business. No major charity has ever financed a major study for a non-patented solution. No government money has gone into simple inexpensive non-drug treatments for any disease.

The causes of Alzheimer’s

A weak immune system leading to infection in the brain (Fungus, Virus, Bacteria).

Weak Immune systems are caused by:

Does this seem a lot to do to avoid Alzheimer’s? It is simply how you need to be living your life to enjoy a healthy future. Not only to avoid Alzheimer’s but to stay active and independent. Avoiding becoming a burden on family and society is the most fulfilling thing you can experience and it is all possible.

Do you need help? Read my Alzheimer’s eBook for free by clicking Here or purchase a printed copy here. 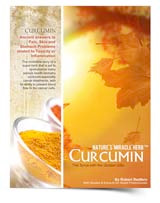