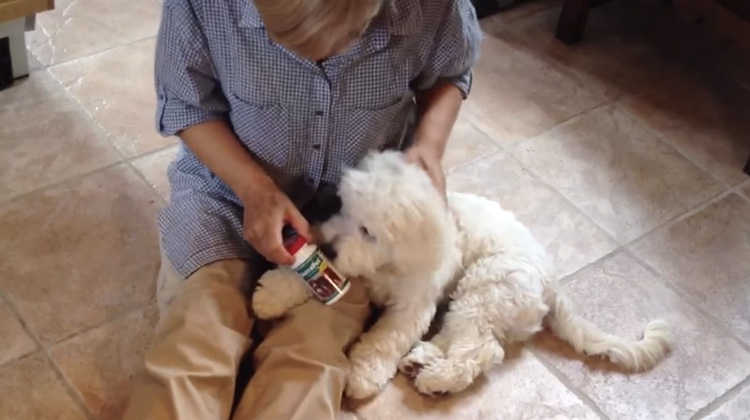 This is a video from seven years ago when our Rafa was just a one year old taking his serrapeptase: 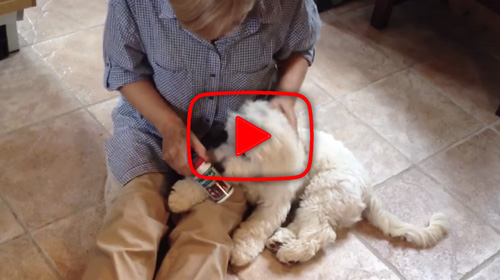 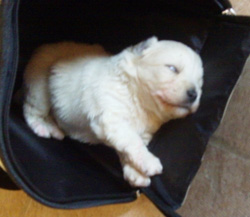 A year earlier my wife Anne had purchased Rafa from a bad dog breeder at just 6 weeks old, as the rest of the litter were dead or dying. Normally she would not do this but she could not walk away from such a tiny thing when she knew it was his only chance.

She hand-fed him, let him suckle off her ear lobe for comfort and gradually he became stronger and grew quickly, especially with everything we had to give him that ensured perfect nutrition.

Now 8 healthy years later he is the joy of our daily life, still bounding everywhere when we have our twice daily walks (or runs). 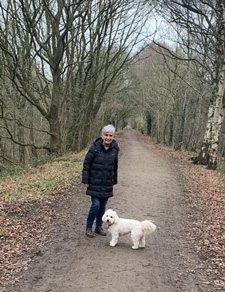 Dogs Can Be Good For Our Health

I know everyone’s life does not allow for a dog but they can be an important part of a healthy life for seniors, both physically and mentally.

When Rafa was young he would take every supplement we gave him and especially SerraPet. The second he heard the bottle being shaken he was there but now he is older and wiser he has trained us to reward him with a treat or smear a little nut butter on them. Dogs are very clever at training their owners :).

This Is For All Animal And Pet Owners…

Animals give us so much: companionship, entertainment and, of course, unconditional love.
If we care about our own health, we should also be concerned for their nutritional well-being. In the case of supplements, it’s been widely demonstrated they can be very beneficial in a variety of animal conditions. And as far as we know, animals don’t have imagination, which makes them ideal candidates for proving that supplements ‘work’. There is no place in their world for the so-called placebo effect.

“Two years ago my very active 7-year-old black labrador bitch called Esk got progressively more lame. The lameness varied from leg to leg, one day it was rear right, next day front left…etc until she could not get in and out of the car and was unwilling to walk more than about ten yards and had to be lifted up steps.

I suspected it was Lymes disease as we lived in rural Scotland. The local vets were not convinced and after an ineffective course of antibiotics, referred her to a vet hospital, who after extensive and expensive tests, said she had arthritis and told the local vet to prescribe steroids.

I purchased some serrapeptase, as I have been taking Blockbuster for years, and in three weeks she was enjoying walking and swimming, two years later she can jump in and out of the car, demands a long and quite demanding daily walk (which is good for us at 79 and 81) and adores swimming in rivers, lochs and big waves in the sea.

Another elderly dog in our family was on various prescription drugs and following our example was taken off them and put on serrapeptase instead and is now enjoying a very active life at nearly 14 years. “

“I once gave Serrapeptase to another cat I had but can’t remember how I did it. I think I syringed the powder mixed with water into her mouth when she had an empty stomach. She had nasopharyngeal cancer and the serrapeptase cured it.

I know it was the Serrapeptase because the vets couldn’t understand why the tumour went away. They were only prescribing steroids which they certainly didn’t expect to be a cure, only a temporary drug to relieve the symptoms.

Just A Few More Of The Wonderful Stories Over The Years

Over the course of several months my St. Bernard dog developed a huge softish lump on one of his front elbows – about a year ago. Getting rather concerned yet reluctant to have a vet do tests and drugs, as a trial l put him on Serrapeptase… just one a day, and after a couple of months the lump had completely disappeared and has never returned.
I’ve been taking Serrapeptase myself for over a year, but without suffering any major conditions l can’t ‘see’ what the benefits are. But having witnessed how this worked on my dog l have no doubts whatsoever that Serrapeptase works!

Ann had stunning results with SerraPet. Her 16 year old cat Clipsee experienced discomfort when her hindquarters stiffened and she lost mobility in her tail. She also became incontinent. After two months on SerraPet, she is out and about all the time and the leakage has stopped.

Ann dares to hope she’ll even regain some hearing as well. “It’s really as if time has rolled back!” she says.

SerraPet is serrapeptase for animals and provides all the amazing benefits that serrapeptase provides for humans. It now comes in 250,000IU tablets which can be easily broken in half to deliver 125,000IU, making them more economical. We now know that higher doses are better for faster results.

Vets have been using SerraPet enzymes for arthritis and many other animal conditions and the results are more than encouraging.

Show Jumper horse riders have used it for their horses for many problems including inflamed tendons.

SerraPet does not require a prescription, no side effects are recorded and relief seems to be almost total.

It can help to support:

This Horse Was Helped With Silver…

Wounds that won’t heal and infections that don’t clear up are increasing problems in today’s world as resistance to standard antibiotics develops in both humans and animals. Hydrosol Silver is an amazing tissue healing agent and an anti-viral, anti-bacterial and health promoting substance.

Kirsty’s 19-year-old horse was wounded so badly the vet suggested putting her down. She refused and gave her equine friend SerraPet and Hydrosol Silver. “The results are amazing,” she says. “There is no scarring and the hair has grown back. Now I have a reputation with my horse riding friends for producing my Hydrosol bottle at the first sign of infection.”

Silver is available in either a Spray or a Gel. Put the spray into the drinking water or apply the gel to the wound.
The “super line-up of supplements” for horses, cats and dogs is all shown in the new animal category, which you can get to by clicking HERE. All of these supplements and the use of electro-acupressure are safe for animals.

Look after your pets and animals!
P.S: If you don’t have a pet please pass this onto someone who does.
PPS. If you have a good serrapeptase story that you would like to share please add it to my Facebook page. 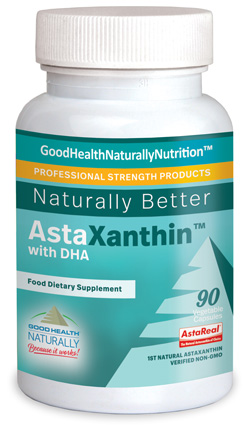 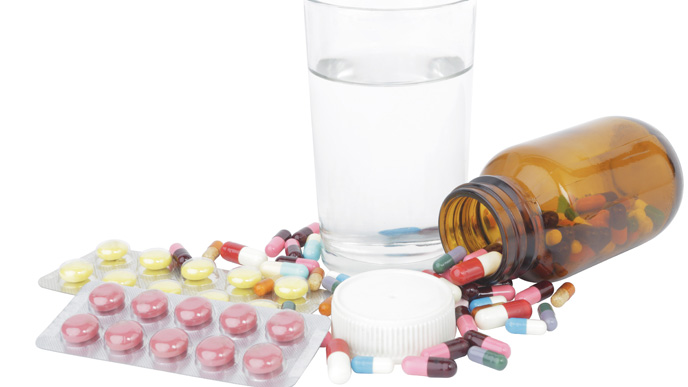 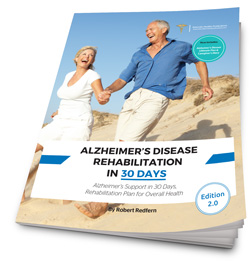 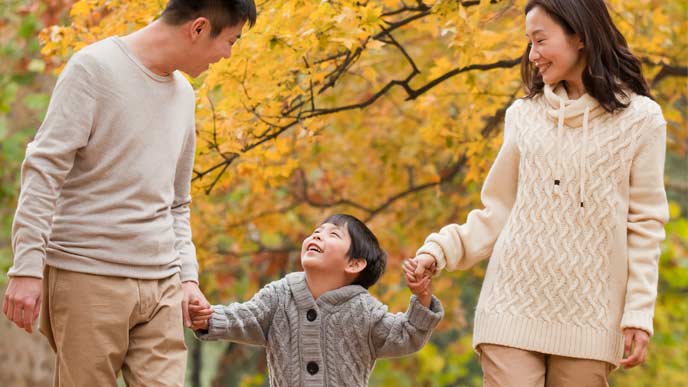