Do you know what makes you depressed? I get depressed all the time. I get depressed at not being able to stop the corruption of politicians by billionaires and global companies. I get depressed that doctors are not revolting against the ‘mafia cabal’, Pharma companies and the bodies that control the doctors (the AMA in the USA and GMC in the UK).

I get depressed that those doctors that do revolt are getting frightened. They are reasonably frightened by the news that doctors who challenge the establishment are being murdered or killed in unexplained circumstances at the rate of one per week in the USA. Yes, you read that correctly. I am depressed that you are not seeing it in all of the national media. I get depressed at the bribery of politicians to help the junk food industry, blocking the high taxing of all junk foods. I even got depressed at the death of my parents at a young age.

I get depressed all of the time at injustice and loss but I don’t stay depressed. Depression (or sadness) is a normal and appropriate emotion and it is used to help us deal with the situation and then creatively trigger an arousal emotion to give us the power to try to make a difference where we can. Where we cannot make a difference we put both the depression and arousal on hold until later when we may see a way to make that difference.

So Why Are People ‘Stuck’ in Depression?

The medical system would have you believe that it is a brain disease and you need drugs. The studies* show that simply talking to a therapist is superior at helping people who are ‘stuck’ in depression. There are considerable side effects to persistent depression such as memory loss and the worst one is brain shrinkage.

Those who are on drugs (which should never be taken for more than 30 days according to the label) will have the depression made worse by those same drugs if they stay on them for many months**. There are numerous studies to show that depression is not a brain disease and there are two main causes for being ‘stuck’ in depression:

Poor Nutrition – As well as being a cause of depression, poor nutrition is a cause of inflammation and the prime cause of chronic illness.

While inflammation is relatively easy to deal with in the short term it is only part of the whole problem. Since I contend that poor diet is a prime cause of both inflammation and chronic illness, then ‘stuck’ depression needs a full plan to ensure it goes, the brain stays healthy and life gets better. In a healthy plan, stopping all grains and cereals is essential. You can download any of my books but the Alzheimer’s book will give you an overview of many of the nutrients you need below.

Warning: If you have been ‘stuck’ in depression and on addictive drugs for a long time then you may need to implement the plan below for many weeks before slowly coming off those drugs. Talk to one of my professional health coaches for a free support plan.

Make sure you get out and exercise, there are plenty of studies that show how being active can help to fight depression***.

For Inflammation and Brain Health

Lithium Balance – Supports a healthy mental and balanced chemical response along with being a renowned anti-aging nutrient for brain health.

Active Life – 90 Sublingual Vitamins and Minerals. Offers a full-spectrum of highly absorbent liquid vitamins and minerals as a foundation for brain health including the critical Selenium.

Eat an organic, dark chocolate that contains no dairy, soy or sugar (‘Vivani’ 92 is ok and sweetened with coconut blossom nectar). Chocolate contains an amino acid (PEA) which can help to lift mood.

PS. I really meant stop ALL grains and cereals at the very minimum to help you live longer and healthier. See www.ReallyHealthyPasta.com for healthy alternatives, a good source of B6 (known to help reduce depression).

Around 70 per cent of people regularly taking a powerful antidepressant don’t have depression, and they have never been diagnosed with any mental health problem.

And the doctors prescribing the drugs have no training in psychiatric disorders, a shocking new study has discovered.

There has been a rapid increase in prescriptions for antidepressant drugs and yet 72.7 per cent of these have never been diagnosed with any mental health problem, or had been seen by a specialist. In the US, around 8.9 per cent of the adult population takes an antidepressant.

And 80 per cent of the prescriptions were written out by general practitioners without ever referring to a specialist to confirm the diagnosis of depression, say researchers from the Bloomberg School’s Department of Mental Health. (Source: Health Affairs, 2011; 30: 1434)

** Even though their annual sales are recorded in the billions of dollars, antidepressants aren’t doing their job. Most people with clinical depression aren’t being helped by the drugs, a new study has discovered. Researchers reckon that a brain protein called monoamine oxidase A (MAO-A) is responsible for most cases of clinical depression, and yet they are not affected by the antidepressants. This would explain why earlier studies have discovered the drugs are useless in half of all cases of depression. Early generations of antidepressants developed in the 1970s did target MAO-A proteins, but they were dropped because of adverse reactions, especially with some foods. Since then, antidepressant research has moved away from the MAO-A protein, and has produced drugs that are less effective. Researchers at the Centre for Addiction and Mental Health, who measured the effectiveness of antidepressants with the aid of advanced brain imaging technology, say that time has proved to be a better healer than the drugs, and many people with depression see the production of the protein normalise by itself. (Source: Archives of General Psychiatry, 2009; 66: 1304). 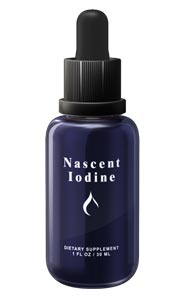