Still on the subject of babies and children from last week!

A couple of years ago I ventured into the vaccination controversy with articles over 2 weeks. This week I am revisiting this subject as an important World shaking turn of events has arisen in Australia. There, the government has announced a new law to financially blackmail its citizens into childhood vaccinations.

The new law is aimed at health conscious parents who object and refuse to vaccinate their children and who will lose various childcare benefits by refusing vaccinations.

It’s a basic human right not to be medicated, especially with drugs that potentially have such devastating side effects.

This fascist unconstitutional move has put Australia on the map for all the wrong reasons among parents around the world, who support the right to Vacs. choice.

Shockwaves are beginning to reverberate around the world, striking fear into the hearts of millions of health conscious parents worldwide – lest this test of citizens resolve to fight fascism brings the reality closer to home (in other countries).

Already the USA and UK have made it impossible to sue the Vacs. manufacturers in spite of the huge amount of data that indicates shocking side effects.

Even I dread the day when I may be banned from travelling to Australia or the USA because I refuse to have some vaccination deemed essential by a fascist cabal.

Do I believe it is Necessary to have Vaccinations?

If you feed yourself processed nutrient deficient foods as well as your baby then your children will not be as protected as a really healthy baby.

Then you have tough choices to make. You can still choose a really healthy lifestyle at any point to help them become the best they can be.

Below are the links to my previous newsletters and if you want to make a comment or ask a question regarding THIS ARTICLE or these ARTICLES BELOW please scroll to the bottom of the specific article and make it in the comments there.

I am sat here working away and the radio is on in the background. I really should not listen to it as it is the BBC (a.k.a. the ‘Biased Broadcasting Corporation’) and I get furious at the blatant biased Corporatist propaganda they spout all day long. I don’t just mean the political and social slant but the outright support of the Corporatist Medical Business line. What I mean by that is the constant pushing of drugs and outright ridiculing of everything natural health. For months I have listened to propaganda to have everyone vaccinated for flu jabs, MMR jabs (measles), bird flu and various others. Now a few minutes ago I had to listen to a report of a much more serious bird flu that could come out of China. You can bet your bottom dollar the report was just to start the propaganda and they will be pushing a new Vacs. (the old one did not work and was not even needed in the end) over the coming months. I consider this just another form of terrorism to frighten the masses to rush out and get a Jab.

As I suspected the email last week ‘Jab or not to Jab’ created two distinct sets of replies! I had people saying they agreed with some or all of my points and others disagreeing with some or all of my points. Just to be clear I appreciate both sets of replies as I am always reviewing whether my thoughts on the science are correct and I can only do that by considering both sides. I had replies from people whose children had been given the jabs and from those who had not. On both groups some had problems and some had none. I even had an email from a 92 years old lady who had lived in a remote village in the USA and who said she wished she’d had vaccinations, as she got everything that was coming along… 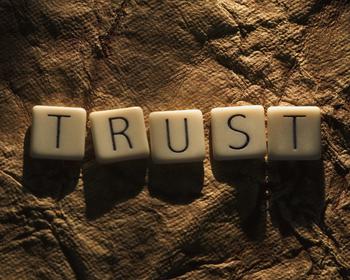