How Astaxanthin Can Boost Your Mind and Body’s Health 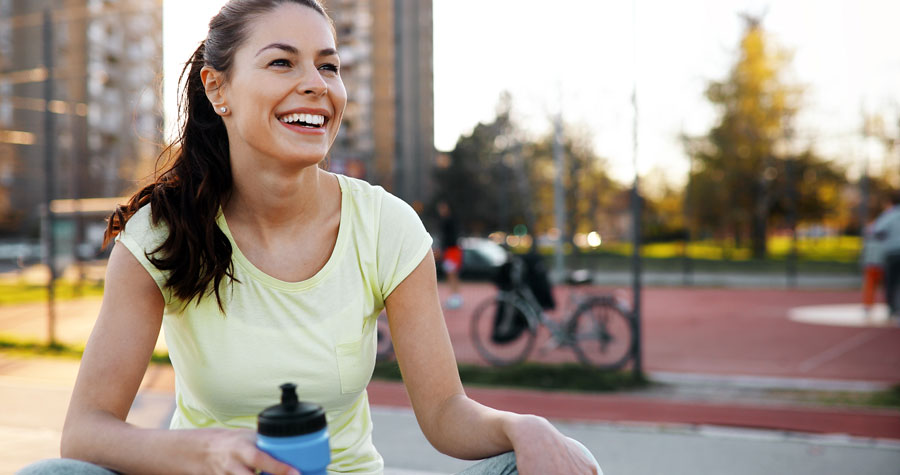 Astaxanthin is a powerful antioxidant that clinical research is showing can provide natural relief for symptoms of stress and fatigue. As a free radical neutralizer, Astaxanthin has also been shown to improve sleep, while benefiting both your general mood and boosting your immune system. [1]

AstaReal® Astaxanthin is a natural Astaxanthin that has been investigated for its effects on physical and mental fatigue during a double-blind, placebo-controlled study. During this 2016 study, individuals were treated with 12mg AstaReal® natural Astaxanthin for eight weeks. The purpose of the study was designed to induce stress and fatigue, similar to that encountered in daily life. [2]

Participants were then subjected to a series of physical tests by a bicycle ergometer and mentally challenged by a number of timed calculations. The results revealed that Astaxanthin significantly lowered concentrations of the stress hormone known as cortisol. During physical and mental tests, taking an Astaxanthin supplement was also shown to have significantly reduced salivary cortisol, a biomarker for stress.

Results of this study clearly showed that Astaxanthin suppresses and fights mental and physical fatigue. It also heightens concentration and motivation, while generally improving moods.

Many of us may be experiencing more stress and physical fatigue from having to juggle work, homeschooling or taking care of loved ones during these uncertain times. Research shows feeling stressed or fatigued can also lead to mental health issues in the long-term.

Meanwhile, due to the pandemic, mental health problems are on the rise with researchers suggesting that the continued lockdowns will have a long-lasting impact on the public’s mental health. [3]

There’s a strong body of evidence that taking Astaxanthin can reduce stress and fatigue, therefore helping to improve your general physical and mental wellbeing.

As we are spending more time on the computer or looking at digital devices, taking Astaxanthin is recommended for reducing a sense of mental and physical fatigue, promoting clarity of thinking, better concentration and improving a sense of motivation.

One Japanese study with 24 healthy volunteers demonstrated that a combination of Astaxanthin (3mg) and Sesamine (5mg) promotes recovery from computer-based mental fatigue. As the effect was found to be dependent on the Astaxanthin concentration, the researchers concluded it must be because of the presence of the antioxidant. [4]

Another study found that taking Astaxanthin significantly lowers fatigue. According to the Visual Analog Scale (VAS), participants receiving Astaxanthin were found to have “improved mood status, along with reduced negative feelings of depression and fatigue in the process.” [5]

Another Japanese study from 2016 found that taking a combination of Zinc and Astaxanthin also improved sleeping patterns, most likely by enhancing the absorption of Zinc through Astaxanthin. Other studies have shown that patients suffering from insomnia had a higher risk of developing depression and anxiety than those without sleep disorders.

Stress and sleep disorders have been recognised as a major cause of depression. Taking Astaxanthin can help you to enjoy a better night’s sleep. Symptoms of chronic fatigue in menopausal women such as tired eyes, stiff shoulders or insomnia have all been shown to have significant improvements by being treated with natural Astaxanthin. [6]

DHA (Docosahexaenoic acid) is a powerful Omega-3 fatty acid that plays an essential role in brain health, heart function and easing depression. Research suggests that when DHA is combined with EPA, it contributes to improved memory function in older adults with mild memory complaints. [7] When DHA is combined with Astaxanthin, studies suggest that it provides neuroprotective benefits that can positively impact brain function. It also has powerful effects for reducing anxiety and stress.

Achieving a healthy work-life balance, getting enough sleep and maintaining a healthy diet are some of the best ways to maintain natural energy levels and reduce any negative side effects from modern living.

By taking an Astaxanthin supplement as part of a healthy lifestyle regime, the clinical studies are clear that this potent antioxidant can provide natural relief for stress, fatigue and insomnia, while boosting your mind and body’s overall good health and wellbeing. 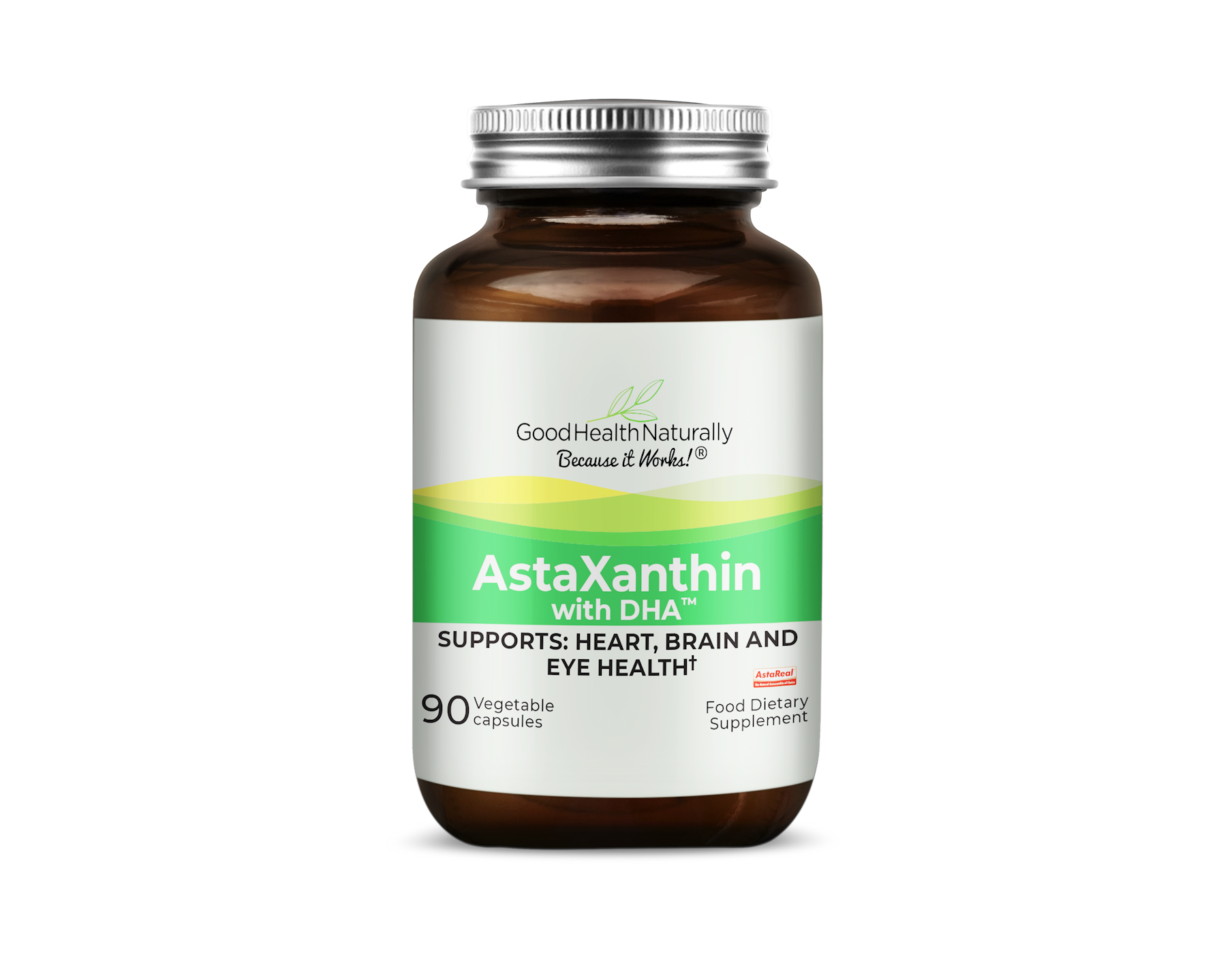 Astaxanthin with DHA™ – Provides a powerful combination of pure DHA and AstaReal® Astaxanthin for efficient and effective absorption by the entire body, as well the brain, where it plays a protective role due to its anti-inflammatory and antioxidant benefits. May help to protect skin from UV radiation. AstaReal® offers Astaxanthin of the highest purity and safety, made in freshwater algae. Suitable for vegans. 90 capsules. Available from Good Health Naturally.

It Takes Guts To Cure Autism 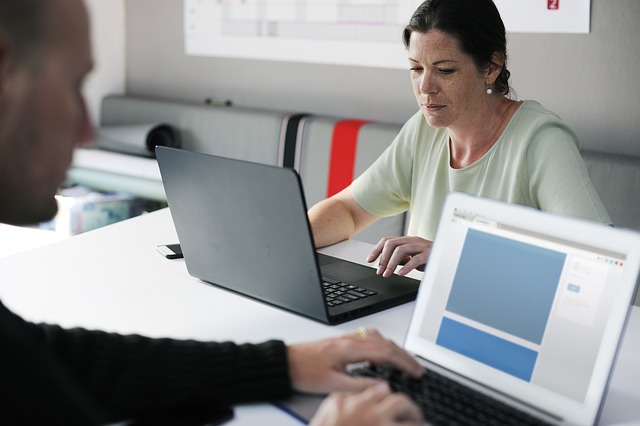 Curcumin Could Improve Cardio Health For Those Sitting Down All Day