‘Scrap statin use’, say doctors. Proposals to extend the use of
statins should be scrapped, a group of leading doctors and academics says in the UK

My apologies for yet another newsletter on statins but every day there are claims and counterclaims about the safety or even the need for statins. I know many of you have made a healthier choice by avoiding statins but there are many who are scared or simply confused.

There is a concerted attempt by the Pharma drug companies to persuade the public that statins are needed and are safe. Government agencies are now suggesting to prescribe them to millions of people – just in case. There is talk of giving them to children to prevent them getting heart disease later in life. The craziest idea is to put them in fast food condiments that will supposedly protect junk food consumers. All of this is without any meaningful studies as to the effectiveness and more importantly the safety of doing so.

Statin prescriptions in the UK are expected to rise from the current 7 million to 12 million.

The studies that governments use are all funded by the Pharma drug industry, who then get tame doctors to review and approve them. They do their best to deny independent experts the chance to review and critique their studies. You have to ask yourself, ‘What have they got to hide?’

When they do review the Pharma studies, the experts express concern about the medicalization of healthy people.

These are the type of comments real independent USA experts produce:

“Tens of billions of dollars of revenue for the sponsor over the patent life of the drug were at stake in the statin trial, as well as potentially millions of dollars in royalties for the principal investigator,” – Dr Lee Green of the University of Michigan Medical School

One of these three new studies, which carefully reviewed the methods and the results of JUPITER, the largest trial for statins ever held, concluded that:

Cardiovascular mortality was surprisingly low compared with total mortality: between 5% and 18%, whereas the expected rate would have been close to 40%. Finally, there was a very low case fatality rate of myocardial infarction, far from the expected number of close to 50%. The possibility that bias entered the trial is particularly concerning because of the strong commercial interest in the study.

The results of the trial do not support the use of statin treatment for primary prevention of cardiovascular diseases and raise troubling questions concerning the role of commercial sponsors. In addition, the meta-analysis of 11 randomized controlled trials, found no evidence to back up the JUPITER trial claim that statins can reduce your risk of death when used as primary prevention against heart disease.”

Experts and doctors in the UK in a letter released yesterday (11th June 2014) wrote regarding Government Agency advice to extend statin use:

“The benefits in a low-risk population do not justify putting approximately five million more people on drugs that will then have to be taken for life.” The drugs reduce levels of cholesterol in the blood, lowering the risk of a heart attack or stroke.

Professor Simon Capewell, an expert in clinical epidemiology at Liverpool University and one of the signatories, said: “The recent statin recommendations are deeply worrying, effectively condemning all middle-aged adults to lifelong medications of questionable value. They steal huge funds from a cash-strapped NHS and they also steal attention from the major responsibilities that government and food industries have to promote healthier life choices for ourselves and our children.”

One of the signatories to this new letter is London cardiologist Dr Aseem Malhotra, who last month was ‘forced’ to withdraw claims he made in a British Medical Journal article that a million people who use statins experience side-effects.

Statins are the world’s most-prescribed class of medications. About 100 million people take drugs such as Pravachol, Mevacor, Lipitor, Zocor and Crestor.

But in recent months, the drugs’ medical reputation has come under tough scrutiny.

Should you take Statins?

I would not take statins no matter how high my cholesterol was. I would look for the cause of the high cholesterol and even if I had a genetic problem, I would follow my plan below, since I disagree that cholesterol is the cause of heart (or any) disease.

Everyone may benefit much better than taking statins, by simply following this lifestyle advice:

Read and re-read my eBook: IMPROVING HEART DISEASE IN 30 DAYS. 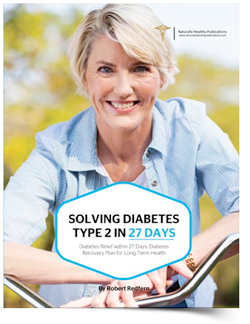