The World has Gone Crazy.

(Except Sweden) and some Good News later. 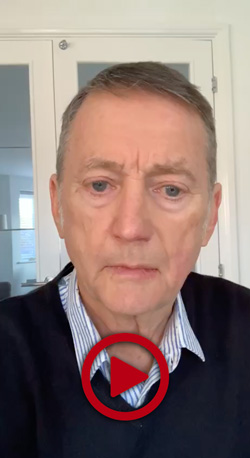 Since I started in the late 1980’s looking for the causes of my parents’ premature deaths, it has become clearer that the medical system is simply a disease management organisation and not real health care. To be fair to the doctors and nurses that work in this system they have only been trained to manage diseases. The prime treatments of the Pharma/Medical Cartel are drugs and the prime preventions are vaccinations. There are some ancillary treatments such as physiotherapy but on the whole other than some surgery, the illness does not go away. Before you send emails to me and mention one or two conditions such as rare children’s blood cancer that was cured, I do know of these few. However, millions are left to suffer and die prematurely because of fake health care systems.

In the early 90’s I started to make headway helping people when my wife Anne and I introduced the HealthPoint™ electronic acupressure treatment kit. We started to get a reputation delivering on the promise of recovery. Slowly, we started to introduce supplements that again produced measurable results. ActiveLife™, MSM+Silver, Serrapeptase, MaxiFocus™, CuruminX4000™ and many more.

I wrote books on the diet and plans needed. Life became really exciting helping people recover from serious problems, especially after they had been told by doctors nothing could be done. Epidemics of seasonal flu came and went and left us laughing at the doom and gloom stories the Pharma/Medical Cartel put out in the media. SARs, Swine Flu, Avian Flu to name a few. Despite the extravagant claims, the post-epidemic review showed that it was just a tiny amount of those already suffering terminal diseases that suffered.

It became obvious the Pharma/Medical Cartel failed time after time to persuade the mass of the population to take up their flu vaccinations. Their scare tactics failed. To be very clear, the causes of death from any flu is very minor compared to other causes e.g. up to 3,000 people die in UK hospitals EVERY WEEK from infections and Lung diseases. Are these the deaths you are seeing in the media?

Then the World Went Crazy

The story about China is difficult to pin down but listening to Brits that live in Wuhan, they say that the initial panic was an overreaction partly because of the media. The lockdown and quarantine there were to investigate and sort out what was going on and with their huge population, it was sensible. It was resolved in China by mass treatment with Vitamin C, Vitamin D3, and a few antifungal drugs already on the market. China is returning to normal. The rest of the world is in the same panic as China in the first few weeks and does not look as though they will take back control.

Initially, Sweden told everyone at risk (those with a terminal disease, eg lung diseases, heart diseases, those undergoing chemo or other immune system killing treatments and immune disease drugs) to self-isolate. Very sensible advice for everyone at the time of the seasonal flu in any year.
This allowed the rest of the population who are not at risk to carry on normal life and keep the economy working. In the last few days, the government for Sweden has asked the rest of the population to try to keep 1-2 meters away from each other. My guess is the Swedish government is being spooked by what is going on in other countries but have still not destroyed their country by shutting down their economy. This is something that was obvious to any practical-minded person.

Why Destroy the Economies of the World?

The two reasons I describe in my Week 13 Newsletter in the link above are: 1. To give a good reason for everyone in the world to be vaccinated every year and 2. To Crash the world economy to hide the printing of unfunded money by central banks. Any more thoughts? A push for World Government? My guess is as good as anyone since we are looking at a crazy situation.

You Have Seen Nothing Yet

Already being discussed by various governments, are legally enforced mass vaccinations, abandoning juries, blocking emails and blocking social media comments about the situation. The UK Police issued a statement suggesting we should follow the directions of the leader? Good job I do not use profanities! This is the reason why I am not mentioning the name of this flu outbreak. If I ever mention flu in my articles you will know I am talking about what every epidemic that is in the news in the new police state.

I am constantly asked why are the medical doctors going along with the panic? It’s simple, they are human. When people shout fire, they are no different. They especially are brainwashed to do what their superiors tell them. As an example, I get many hundreds of people who have taken supplements suffering from so-called terminal lung diseases who have cleared it up in months. They ask me should they tell their doctor as they innocently believe their doctor has the power to change the protocol.

Not one doctor in 30 years (except a pulmonary doctor in the Ozarks in the USA) has come to me and used any of my successful protocols. Even this one pulmonary doctor, after he found the protocols worked, decided to abandon his practice to avoid the wrath of the Pharma/Medical Cartel and instead went to South America to work with health charities. My point is, many doctors practice health care but not in the Pharma/Medical Cartel. These doctors have to go private.

Initially, Sweden told everyone at risk (those with a terminal disease, eg lung diseases, heart diseases, those undergoing chemo or other immune system killing treatments and immune disease drugs) to self-isolate. Very sensible advice for everyone at the time of the seasonal flu in any year.
This allowed the rest of the population who are not at risk to carry on normal life and keep the economy working. In the last few days, the government for Sweden has asked the rest of the population to try to keep 1-2 meters away from each other. My guess is the Swedish government is being spooked by what is going in but have still not destroyed their country by shutting down their economy. This is something that was obvious to any practical-minded person.

The UK government’s own website says it is not a serious epidemic. Scientists around the world not in the pay of governments and the Pharma/Medical Cartel say it is not serious. Do your own research for an independent opinion if you doubt me and share it with me if it contradicts what I found.

I try not to stress the readers but I do have to tell the truth as I find it from the evidence. The good news truth that I find is:

There are countless studies that D3 is the best protection and treatment available to create a strong immune system. I will provide a list as soon as I have time.
Studies show that lack of D3, as well as a poor lifestyle, maybe the prime cause of most diseases including prostate cancer, breast cancer, and others.

Anne and I have always taken 10,000 to 20,000IU of D3, even when we lived in the sunshine of Mallorca. Just 2 hours sunbathing in the sunshine will provide 40,000IU of D3. With our supplements and walking around in a pair of shorts, we were probably getting upwards of 60 -100,000IU of D3 every day. Now D3 builds up in the body over the summer period to help see you through the winter. We probably had over 1,000,000IU of D3 protection for the winter holiday season back in the UK.

In North America, the retirees jump in their mobile homes and drive south for the winter to the desert camping grounds. They mostly claim they feel healthier and that their diseases go into remission in this desert where fungus does not exist and D3 is in abundance.

There is D3 in many of my supplements for the people who are already healthy but if you are one of the at-risk people I recommend you add the D3 capsules which deliver 4000IU and take 3 caps x 3 times per day. This gives you a 36,000IU dosage and the amount you get in other supplements will take you to the 40,000I that studies show is highly protective. Do not listen to doctors who recommend 400IU. Yes, that’s correct 400IU which is the amount I would give to a newborn baby.

I Trust This Helps Put It All In Perspective.

The reality is that getting healthy and staying healthy is the best way to stay alive.

If you are new to my newsletters, here is a quick program to get you healthy enough to survive, but only if you stick with the plan.

Readers will know that a sodium bicarbonate IV is used every day in hospital emergency rooms to rescue patients at death’s door. I called sodium bicarbonate “The Penny Cure.” In our many glasses of water over the day, we take a 1/4 to 1/3 teaspoon of sodium bicarbonate. And, we take CureC™ Liposomal Vitamin C + Quercetin, along with Active Life™, PrescriptBiotics™, Nascent Iodine, Daily Immune Protection™ (D.I.P.), and Ancient Magnesium Bath Flakes Ultra. Those with unhealthy lungs should add SERRANOL™.

Vitamin D3 (4000IU)
An essential combination of 4000IU Vitamin D3 and 100mg calcium. May help to support and maintain bone health. May help to regulate over 200 genes in the body. Suitable for vegetarians and vegans. 100 capsules. 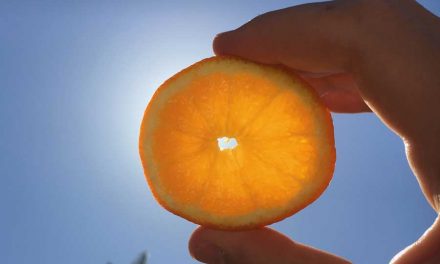 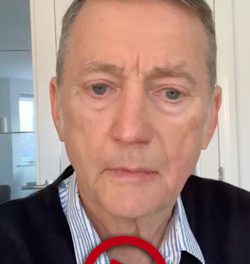 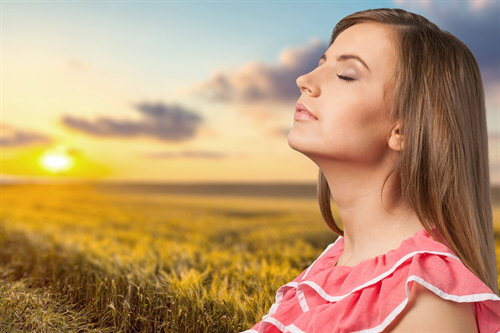