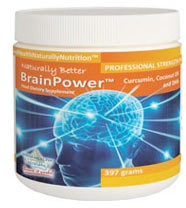 When I first started talking about health in 1993 the internet did not exist and I travelled across Europe and North America delivering my talks anywhere I had an audience. During those travels I met Robert Young and heard his talk, ‘One Disease One Cure’. He quoted 200 years of research by eminent pioneers to support his talk as well as his own research that diet (mainly high sugar foods) is the prime cause of disease. This poor diet causes a rise of fungi in the bloodstream.

Since that day in Salt Lake City I have only found more and more research that confirms the past 200 years of research. Now we have doctors’ groups calling on governments to reduce the amount of sugar in the diet and especially for children. Another factor which has growing support over the past ten years is that a sedentary lifestyle and especially sitting down for more than 8 hours per day increases premature death dramatically. A major factor of this sedentary life is the drop in oxygen and increase in carbon dioxide in the blood.

Fungi are one of four major groups of microorganisms (bacteria, viruses, parasites and fungi). They exist in nature in one of two forms: as yeasts or as moulds. Some fungi are dimorphic – this means they can change from one form to another depending on their environment. While yeasts cannot be seen with the naked eye, moulds can be seen as the fuzzy splotches on overripe fruit or stale bread, as mildew in the bathroom shower, and as mushrooms growing on a rotted log. There are more than 50,000 species of fungi in the environment, but less than 200 species are associated with human disease. Of these, only about 20 to 25 species are common causes of infection. The most common you may have heard of is Candida that can invade any part of the body.

How the Fungal Problem Develops!

When the body is flooded by high sugar foods and combined with low oxygen from a sedentary lifestyle the perfect conditions exist for yeast and fungi to grow. Add a moist environment (such as winter) and you will see perfect conditions for the growth of Fungi, but less so in dry arid countries such as those in desert areas. Lung Disease, Heart Disease, Autoimmune Diseases and Cancer are just a few of the diseases that result from this growth in our bloodstream.

If you have ever wondered why January is the month when more people die compared to any other month you will note that more sugar is consumed in the 3 months prior to January and there is also a reduction in exercise. I suspect more sitting is done in those three months too.

The Latest Disease Caused by Fungus

A new study from Spain has shown that Alzheimer’s is caused by fungus on the brain. Strong evidence for fungal infection was found in Alzheimer’s patients while the fungal DNA and proteins were also found in the frozen brain tissue from AD patients, but not the control patient tissue itself. This study supports the past 200 years of research that disease is usually found where yeast or fungi is rampant.

How do I Avoid or Clear Fungus?

There is no doubt that the most powerful step we can take towards clearing disease is to follow a green smoothie (veg) diet for 4-8 weeks. The very minimum is 2 weeks but if the disease is serious I strongly recommend at least 4 weeks. Only blend green vegetables and dark skinned fruits, which are low in sugar.

Adding BrainPower™ to your diet is probably the fastest way to clear fungus at the same time as starving the fungus. BrainPower contains Coconut Oil, Curcumin and DHA.

Contains 3 different fatty acids (Caprylic Acid, Capric Acid, Lauric Acid) that have each been found to be effective against the Candida yeast and other fungi. This is a powerful fungi, virus and bacteria destroyer and is one of the key reasons you should consider including more coconut oil in your diet to avoid or reverse Alzheimer’s. (See studies at end)

Pharma anti-fungals may have a large number of side effects, so Brazilian researchers looked at the effectiveness of Curcumin against 23 strains of fungi, including Candida Albicans. They found that at a fairly low concentration, Curcumin was able to completely inhibit the growth of Candida Albicans (as well as lots of other fungal strains). They also tested Curcumin using human cells and found that Curcumin was more effective than Diflucan (a Pharma Drug) at preventing Candida from attaching to human cells.

This is critical for optimal brain health and function at all ages of life. Researchers are now finding that DHA provides brain-boosting benefits in infants and ageing adults seeking to stave off psychiatric and neurological ailments such as depression, post-traumatic stress disorder and Alzheimer’s disease. The latter of whom are now being asked to pay careful attention to their DHA intake. Here, we’ll discuss DHA’s integral role in ensuring optimal cognitive and neurological health.

A Matter of Taste?

Coconut oil is not to everyone’s taste but it is critical to include in your diet. If you are one of those that struggle to take it off the spoon then mix it with some food and chew it slowly. The goal is to absorb as much as possible in the mouth before swallowing.

Please send me your taste ideas on how to help everyone to enjoy this awesome BrainPower™ formula and help them keep a healthy brain. Just be creative!

Did I mention a healthy diet and lifestyle?

Simply treat yourself as the special person that you are by following the full plan in my book and you can keep your healthy brain function for the rest of your life.

There is no doubt that addiction to high sugar foods has to be overcome to make big changes to any lifestyle and as well as a really healthy diet, these are the tools I successfully use to power ahead to reach my goal of real healthcare for everyone. Help is also always available from the health coaches.

copy (TEM) after treatment with capric acid. The results show that capric acid, a 10-carbon saturated fatty acid, causes the fastest and most effective killing of all three strains of C. albicans tested, leaving the cytoplasm disorganized and shrunken because of a disrupted or disintegrated plasma membrane. Lauric acid, a 12-carbon saturated fatty acid, was the most active at lower concentrations and after a longer incubation time.

The emergence of antimicrobial resistance, coupled with the availability of fewer antifungal agents with fungicidal actions, prompted this present study to characterize Candida species in our environment and determine the effectiveness of virgin coconut oil as an antifungal agent on these species. In 2004, 52 recent isolates of Candida species were obtained from clinical specimens sent to the Medical Microbiology Laboratory, University College Hospital, Ibadan, Nigeria. Their susceptibilities to virgin coconut oil and fluconazole were studied by using the agar-well diffusion technique. Candida albicans was the most common isolate from clinical specimens (17); others were Candida glabrata (nine), Candida tropicalis (seven), Candida parapsilosis (seven), Candida stellatoidea (six), and Candida krusei (six). C. albicans had the highest susceptibility to coconut oil (100%), with a minimum inhibitory concentration (MIC) of 25% (1:4 dilution), while fluconazole had 100% susceptibility at an MIC of 64 microg/mL (1:2 dilution). C. krusei showed the highest resistance to coconut oil with an MIC of 100% (undiluted), while fluconazole had an MIC of > 128 microg/mL. It is noteworthy that coconut oil was active against species of Candida at 100% concentration compared to fluconazole. Coconut oil should be used in the treatment of fungal infections in view of emerging drug-resistant Candida species. 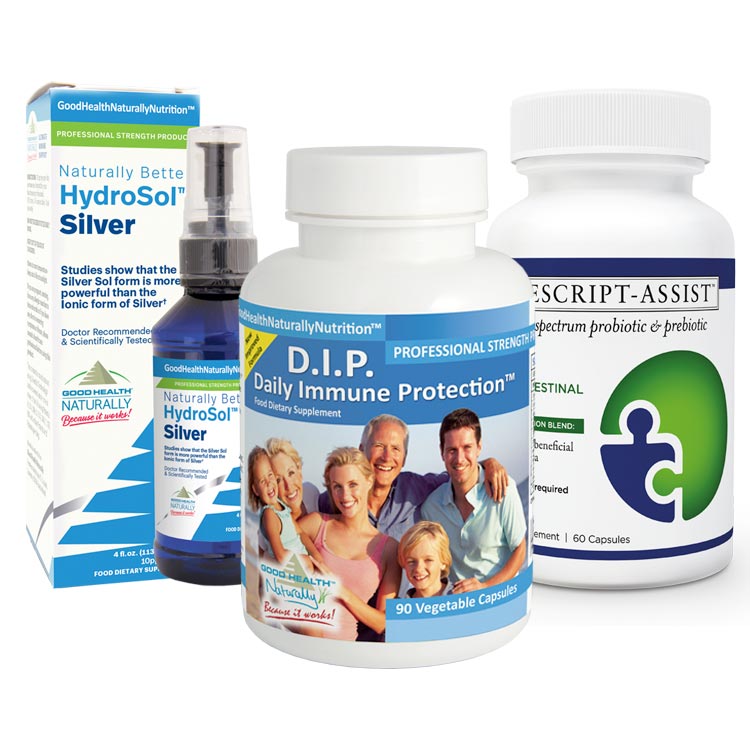 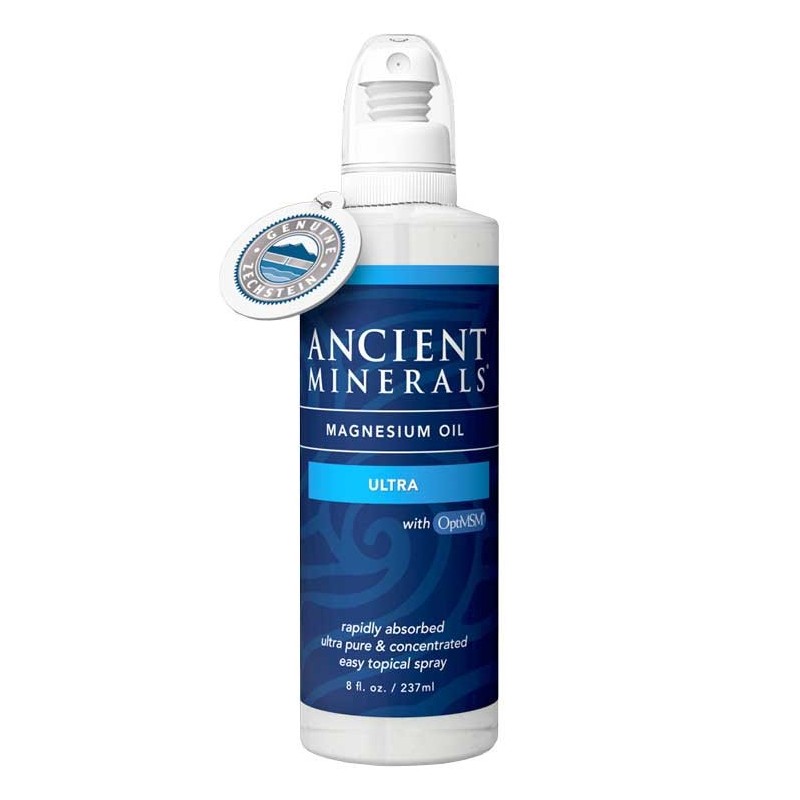