Time To Ditch The Junk

A number of studies have shown that junk food lowers children’s Q levels, meaning that healthy eating is critical for our little ones.

As our children are growing, it is vital that we feed them healthy, nourishing food to aid their development and wellbeing. Worryingly though, research has shown that children who are raised on a diet of junk food may have lower IQs than their peers who are fed a healthier diet.

A study, carried out by an academic at Goldsmiths, University of London, examined the diets of a group of 4,000 Scottish children, aged between three and five, to see if the food they ate affected their cognitive development. The results showed that those children who ate meals prepared with fresh ingredients had a higher IQ than their counterparts who ate a diet of junk food.

Dr. Sophie von Stumm, from the department of psychology at Goldsmiths, said: “This research will go some way to providing hard evidence to support the various high-profile campaigns aimed at reducing the amount of fast food consumed by children in the UK.”

Similar results were found in an American study published in the 2010 Journal of Epidemiology & Community Health. The findings showed that children who eat junk foods such as pizza, chips and biscuits before the age of three may end up having lower IQs than children who eat home-cooked foods with fruits and vegetables.

The researchers tested the children five years down the line and those who consumed a junk food diet were found to have IQ scores up to five points lower than their peers who ate healthier foods. Furthermore, the researchers suspected that the negative effect of eating junk foods so early in life may not be altered by future healthy habits because it is related to hindered brain development.

An Australian study published in the European Journal of Epidemiology in 2012 also backed up these findings. The University of Adelaide study of more than 7,000 children examined the link between their eating habits at six months, 15 months and two years and their IQ at eight years of age. The researchers found that children who were breastfed at six months and had a healthy diet at 15 and 24 months, had an IQ up to two points higher by age eight. However those children who ate junk food in the first two years of life had IQs up to two points lower by age eight.

So, these results show that it is time to ditch the junk food and nourish our children with the healthiest foods and nutrients that will enable them to grow strong and well.

ACTIVE LIFE – This liquid multivitamin contains 90 vitamins and minerals and is 300% more absorbent than tablets! 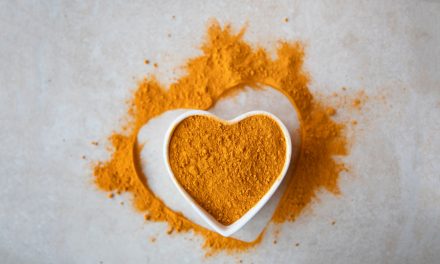 7 Essential Reasons Why We Love Curcumin