Our animals give us so much – and not just  unconditional love and companionship.  caregiver can lower stress levels and even reduce the risks of disease. You care about your own health so you should do the same for your furry friends as well.

When Rosie, Susan’s Shitzu dog, developed lymphatic cancer, one of the symptoms was enlarged nodes in Rosie’s throat which impacted her ability to swallow. Susan gave her pet BetaFactor®, a supplement for boosting the immune system as well as protease and carotene supplements in the hope of addressing her cancer. Within just one month the nodes had shrunk and soon Rosie was in remission. Luckily, Susan’s little Shitzu went on to live two more years.

In another example, Julia’s terrier suffered from arthritis in his back leg. Yet after less than one month on SerraPetTM, Julia’s dog was able to go on long walks and rebuild the muscle. “I am going to tell my vet about SerraPetTM,” said Julia.

CurcuminX4000TM is another helpful supplement for joint and inflammation problems. The Indian system of Ayurvedic Studies indicate that being an animal medicine has used the herb curcumin for over 5,000 years for detoxification and circulation aid.

My own cat, Sheba, has a long-term problem with polyps in her right ear. If left untreated they had the potential to reach her eardrum and the operation needed would have been quite invasive. I turned to BetaFactor® and, after several months of use, Sheba’s vet declared that her polyps were contained. I believe that with continued use these polyps are likely to shrink significantly.

Many vets are using SerraPetTM enzymes for treating arthritis and a range of other animal conditions. To date, the results have been noteworthy. A prescription is not necessary for this course of animal treatment, and it is quite cost effective as it costs far less than conventional medicine. Additionally, there have been no recorded side-effects with SerraPetTM, and the pain relief appears to be almost total in nature.

In another uplifting cat health story, Ann had impressive results of her own using SerraPetTM on her 16-year-old cat Clipsee. Clipsee was experiencing problems with her hindquarters and had lost mobility in her tail. She also suffered from incontinence. Yet after two months on SerraPetTM, Clipsee was much more energetic and even running around. The incontinence issue had stopped too.

Antibiotic-resistant wounds and infections that refuse to heal are becoming increasingly commonplace in both animals and humans. Hydrosol Silver serves as a truly impressive tissue- healing agent and an anti-bacterial and anti-viral agent as well. Recently, Kirsty’s 19-year-old horse was wounded so severely that the vet suggested putting him to sleep. Kirsty opted for Hydrosol Silver and SerraPetTM instead. “The results are amazing,” she says. “There is no scarring and the hair has grown back. Now I have a reputation for producing my Hydrosol bottle at the first sign of infection.”

SerraPetTM has also been shown to work for other pets too. For example, June at Parrotcare and Rehabilitation Ltd uses it on birds. She has found that this supplement seems to have stopped them from plucking out their own feathers. This issue has previously been considered untreatable, making SerraPetTM quite a breakthrough supplement.

This Serrapeptase formula provides great health support for dogs, horses and cats as it helps to reduce inflammation.

Other recommended products include Silver gel/spray which helps to fight infections and AstaXanthin, which is a powerful antioxidant for eye health. CurcuminX4000 is a natural anti-inflammatory traditionally used in Ayurvedic medicine for its anti-bacterial, antiviral and anti-fungal properties. 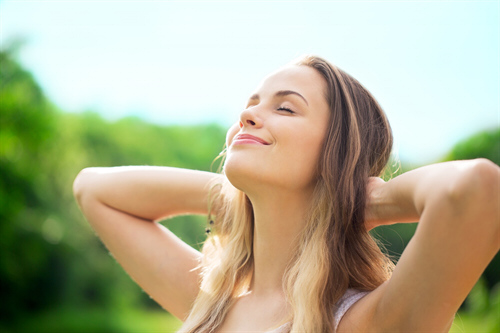