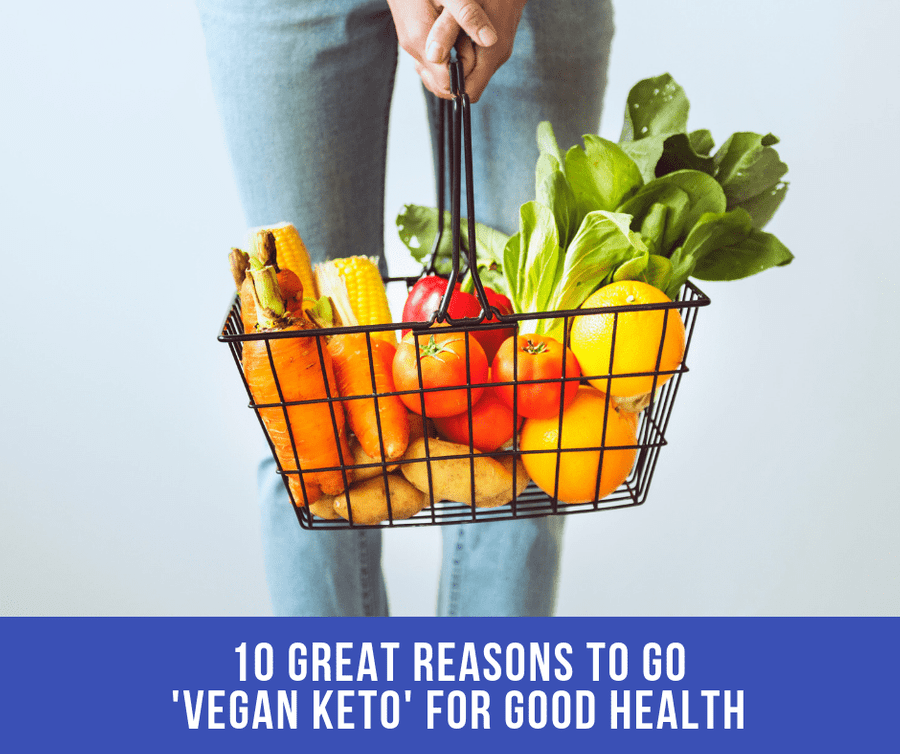 October 1st is World Vegetarian Day, a time to celebrate and raise awareness about the ethics and health benefits of following a plant based diet. While a vegetarian diet is good, for best health, the evidence is showing that following a vegan low-carbohydrate based diet (vegan keto) is even better. It is highly recommended for all of the reasons below…

When you follow a vegan-keto diet your body goes into ketosis. This is a great appetite suppressant for when you enter ketosis, you start burning fat for fuel. This means your blood sugar levels stabilise at a lower, healthier level. The healthy fat is then metabolised into ketones by your liver, and that suppresses hunger via several metabolic pathways.

There is extensive evidence to suggest that a ketogenic diet is effective for weight loss and a vegan keto diet is no different. Going on a vegan keto diet can trigger significant weight loss in a brief period of time. Abdominal fat also disappears much faster in ketosis than when on a “normal” high carb diet.

3. Reduces Your Risk of Diabetes

Eating carbs keeps your blood sugar levels (glucose) rising rapidly, and the pancreas produces insulin to carry the glucose to the cells – so they can ether start storing or burning it for fuel. If you eat too many carbs, your blood sugar and insulin levels are constantly spiking and this causes a range of health problems. This can lead to insulin resistance and ultimately, Diabetes Type 2 and obesity.

When your blood glucose levels rise rapidly so does the pancreas as it produces insulin to carry glucose to our cells. By consuming too many carbs, blood sugar and insulin levels are constantly spiking. This can cause a range of health problems including insulin resistance, Type 2 Diabetes and even obesity. Many Type 2 Diabetics are also able to reduce or even discontinue diabetes medication after following a ketogenic diet.

A Ketogenic Diet has many neuroprotective benefits and researchers believe it may help to prevent a range of neurodegenerative disorders. Some of these include Alzheimer’s, Parkinson’s Disease, headaches and sleeping disorders. There is also evidence that a high-fat and low-carb diet can protect the brain in cases of stroke and sleep disorders.

5. Reduces Your Risk of Cancer

Cancer cells survive using energy produced from glucose fermentation. Many cancer researchers have further discovered that cancer cells are fueled from the fermentation of the amino acid glutamine. When you follow a ketogenic diet, lowering carbohydrates can reduce glucose levels – the fuel that feeds cancer cells. This puts your body into ketosis and assists in depleting cancer cells of their energy supply.

One of the things that makes cancer cells different is their unique insulin receptors. As they have 10x more insulin receptors on their cellular surface, cancer cells can engorge themselves in glucose and nutrients coming in from the bloodstream at a very high rate. By continuing to consume glucose as a primary diet source, cancer cells can continue to thrive and spread. Therefore, it is no surprise that the lowest survival rate in cancer patients is among those with the highest blood sugar levels.

In a 2014 FASTER study at the University of Connecticut, participants were given a high-fat, low-carb diet (fat-adapted keto diet) and how it impacts performance. In the months leading up to the study, Ben Greenfield adopted a vegan keto diet and then went through various physical challenges in the UCONN Human Performance Laboratory. This included blood tests, saliva swabs. stool tests, urine analysis and the extraction and analysis of Greenfield’s thigh muscle tissue.

The conclusion of the study found that, “Compared to highly trained ultra-endurance athletes consuming an HC diet, long-term keto-adaptation results in extraordinarily high rates of fat oxidation, whereas muscle glycogen utilization and repletion patterns during and after a 3 hour run are similar.”

Fat oxidation is the process of breaking down fats (lipids) down into smaller chunks so that these are converted into energy. Their conclusion is that long-term use of the ketogenic diet can help with highly trained ultra-endurance athletes may increase the amount of fat that’s being broken down and burned.

One of the key takeaways is that eating a high fat diet can increase the amount of fat you burn as fuel, both when resting and during exercise.

7. Reduces The Possibility of Metabolic Syndrome

Symptoms of metabolic syndrome include increased high blood pressure, high blood sugar, abdominal obesity, low HDL (good) cholesterol and high glyceride levels. A vegan low-carb ketogenic diet can change the way your body processes fats. It has also been shown to actively reduce abdominal fat along with triglycerides, when compared to a low fat diet. There is also evidence to show it can reduce blood sugar levels, decrease LDL cholesterol and HDL cholesterol. A ketogenic diet can also reduce your risk of developing metabolic syndrome and therefore may help to prevent not only diabetes, but heart disease, stroke, obesity and other associated health problems.

A vegan diet is found to be much better at lowering the risk of heart disease (CVD) than regular meat-eaters. A recent meta-analysis of five research studies of over 75,000 males and females also reveals a 25% lower risk of heart disease when compared with routine meat eaters. The risk is also deferential for adjusting body mass index (BMI) and factors such as tobacco and alcohol usage.

The Ketogenic Diet was originally developed in the 1920s and was used within the medical community for more than ninety years. It was developed as a way to mimic the biochemical process that happens during fasting or starvation. The ketogenic diet is also an established and effective therapy for difficult-to-treat and medicine-resistant forms of epilepsy.

As a vegan keto diet consists mostly of healthy fats and not many carbs, it is not constantly having to process sugars. When you eat a carb heavy diet, your body is constantly converting carbs into glucose, and this elevates sugar levels. Simple carbohydrates such as sugars and processed foods are the worst for this. This results in a surge of energy and then once this ends, you feel depleted meaning you end up craving more to get your energy levels back up. Keto is different as it gives you consistent energy levels – without the energy spikes, or the carb cravings. 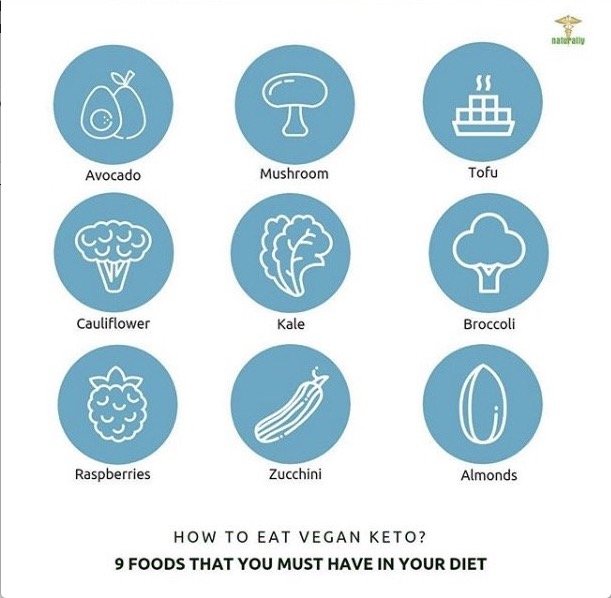 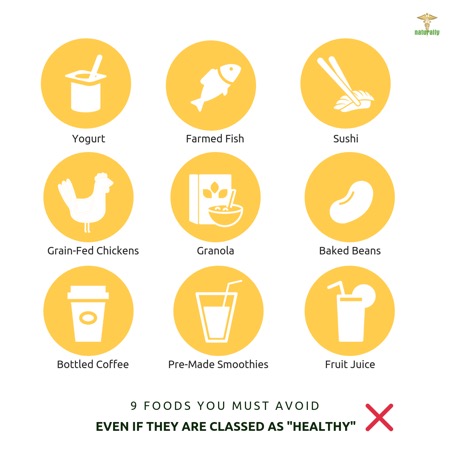 While diet and lifestyle are personal choices, following a ketogenic vegan diet is highly recommended for all of the above reasons. If you want to acheive good health, it starts from the inside – following a natural low-carbohydrate plant-based diet. Taking your daily multivitamins and nutrients is also an essential recommendation for best results. 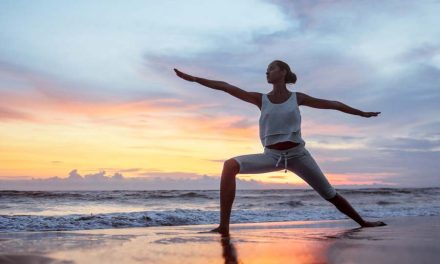 What Is Serrapeptase Good For..? A Simple Enzyme To Support Your Wellbeing 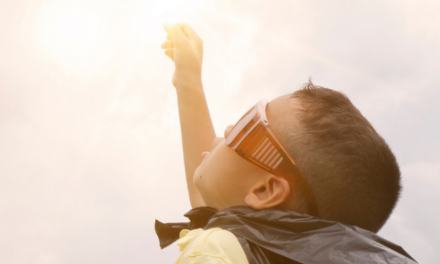 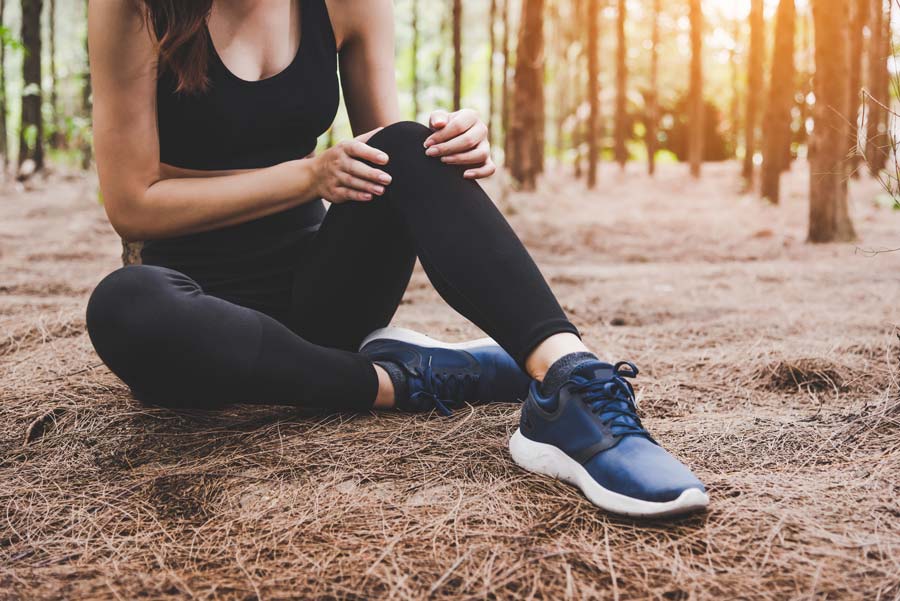 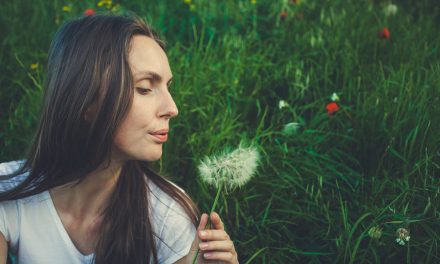 Hayfever? How Probiotics Can Help You To Find Natural Allergy Relief